Posted on October 26, 2016 by Accidental Suburbanites

Once we decided that our entire kitchen was due for a makeover, we were in the market for new cabinets. An ambitious undertaking, indeed.

Replacing our upstairs carpet taught us one of the toughest lessons of home improvement: shopping sucks. It’s a jungle out there, and you have to go into it with  some semblance of an idea of what you want, how much you want to spend, and what that budget can buy you.

Luckily, kind strangers of the internet have done a great job of breaking it all down. Home Style Choices has an awesome guide (with pictures!) explaining all the cabinet construction lingo.

In our case, it also helped to visit some local showrooms and do some hands-on learning. What felt good, what felt cheap? Did we need the soft-close hinges on our doors (or did we want to leave in-tact the option to slam the doors angrily? Seriously, this is a big decision!)

The easiest decision was style. We knew from the get go that we wanted shaker-style cabinets, in either white or a light grey. (So basic, I know).

Beyond that, there were three types of cabinets we considered: Assembled, Ready to Assemble, and (my personal preference) just hiring someone to come do the damn thing (not sure why there isn’t a kitchen-speak acronym for that option).

When we found Cliq, we were still under the blissful delusion that we’d be keeping our original appliances. (Those were the days). Cliq’s ordering process is all web-based, but it’s actually really neat.

First, Cliq sends you the cabinet samples of your choice; we picked the Dayton cabinet in ‘White’ and ‘Urban Stone.’ 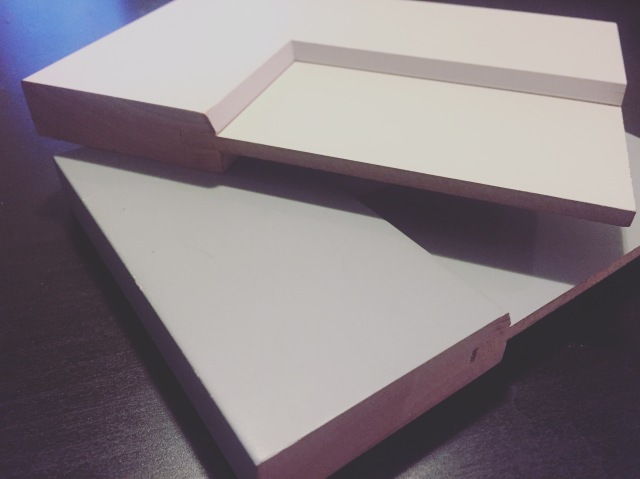 This is actually the coolest idea ever, because unlike the other cabinet companies you’re vetting, you can actually see how the cabinet colors would look in your kitchen. It also gives you the chance to see the cabinet’s composition and sturdiness for yourself.

After we received the samples, Cliq asked for a quick sketch of our kitchen and some measurements before pairing us with a designer, who came up with this: 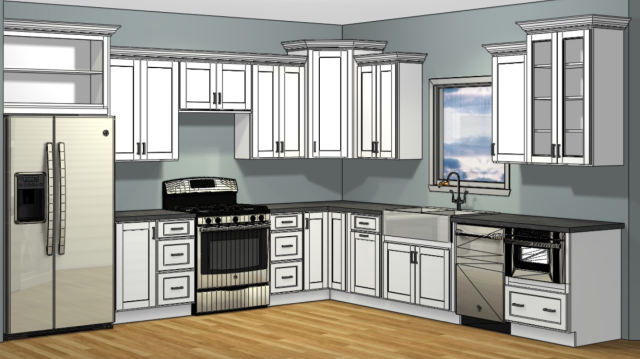 We were quoted just over $8,200, which included getting the assembled cabinets delivered to our home (but not the cost of a third-party contractor to install them).

Ikea cabinets need no introduction. Facing the uncertainty of a full kitchen remodel, I’d imagine many a homeowner turn to their local Ikea in search of an affordable escape route. And Ikea delivers (…well, technically they charge for delivery, but nevermind…)

To get started, you have to figure out their kitchen design software (this is when I realized that there actually is an Ikea experience infinitely more difficult than trying to fix the bottoms of my Hemnes dresser drawers).

After hours of strife, you end up with a semi-decent plan: 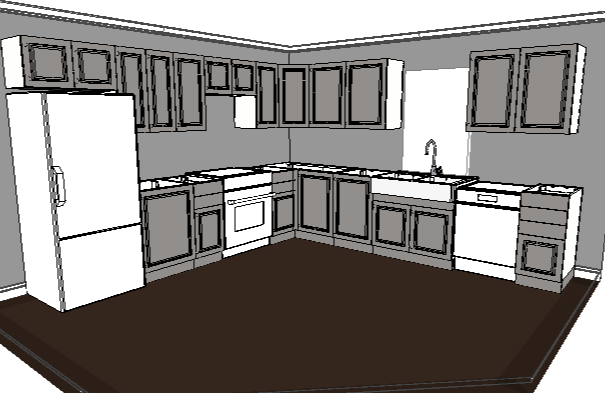 And this is where it gets awesome. Once you’ve gotten through the design phase, Ikea generates this list of all the crap you need to buy, broken down one cabinet at a time. It’s such an efficient ordering process!

Ikea’s Grimslov cabinets were very close to the shaker style we were looking for, but the color was too off-white. So instead, we decided to branch out and try the more traditional Bodbyn cabinet in grey.

Our grand total came to $3,300 for parts. We had a local contractor who specializes in Ikea kitchens review our plans and quote us on installation, which added another $2,000 (he wasn’t playing games!)

Besides trying the online outlets, we shopped around to a few local fabricators. Pricing ranged from comparable to Ikea, to straight up absurd. Nothing makes you feel poor like realizing the company you’re scoping out specializes in $80,000 kitchen remodels.

After a bit of poking around, we found a cabinet store that really jived with us. We saw a sample shaker kitchen in the showroom that checked all the boxes. We liked what we saw, so we had the guys come out and give us a quote.

Amidst our negotiations, we made the decision to replace some major appliances. The cabinet guys rolled with the punches and adapted every step of the way.

The price was comparable to Ikea, but the quality and construction surpassed our other options. Added bonus: the staff was awesome!

So after a lot of strife and a lot of consideration, we decided to go local.

Just a couple of kids turning a house into a home, one Pinterest fail at a time.
View all posts by Accidental Suburbanites →
This entry was posted in Kitchen. Bookmark the permalink.