Posted on October 28, 2016 by Accidental Suburbanites 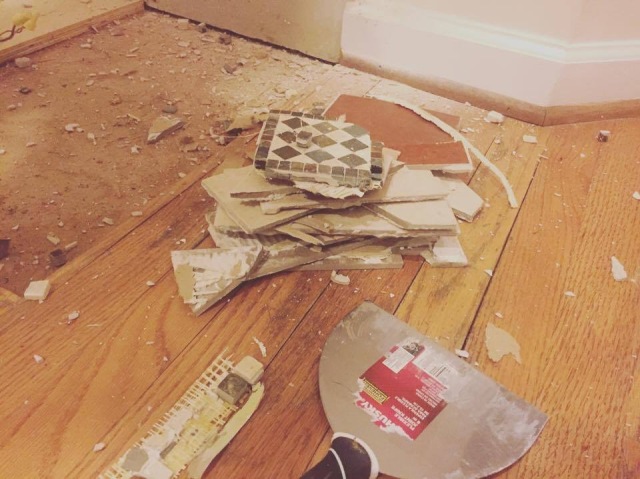 If this backsplash was tough enough to survive outside of the 90s, we shoulda known he wasn’t going down without a fight.

Have you met our backsplash? His name is Dante, which is a nod to both his loosely-Italian roots and the nine gates of Hell that he climbed out of before emerging in our kitchen.

Dante wasn’t long for this world. Unfortunately, neither was our home improvement budget at this point. So instead of forking out $300 to have a professional come and scrape him off our walls, we decided to crack open a beer and take a stab at him ourselves.

A lot of tutorials we watched utilized tools like chisels and crowbars, but the staff at our local Home Depot suggested we take a more gentle approach to dismembering Dante. In the interest of sparing the sheetrock, he suggested a putty knife and a hammer. We liked the sound of sparing sheetrock, so we gave it a go:

Our technique was to first use the putty knife and hammer to crumble away at the grout surrounding the tile. Once the tile was isolated from his grout support network, we wedged the putty knife between the tile and wall and gently tapped with the hammer. The putty knife slowly inched lower and lower behind the tile, separating as it went.

The advantage here was that the wide, flat putty knife got us great leverage with minimal damage. The disadvantage is that when it comes to separating tile from sheetrock, there’s actually no such thing as “minimal damage.”

Some tiles came off in one piece, other chipped apart. Some tiles just pulled off the top layer of paper and left the drywall intact (but a little roughed up) underneath. Other tiles, despite our best efforts, pulled off a lot more…

We were assured it was totally kosher to tile over the torn paper, but the same didn’t go for gaping holes in the wall.

Once all the tiles were off, we assessed the damage.

The bad news: we’d have to replace some sheetrock. The good news: we already had a putty knife! 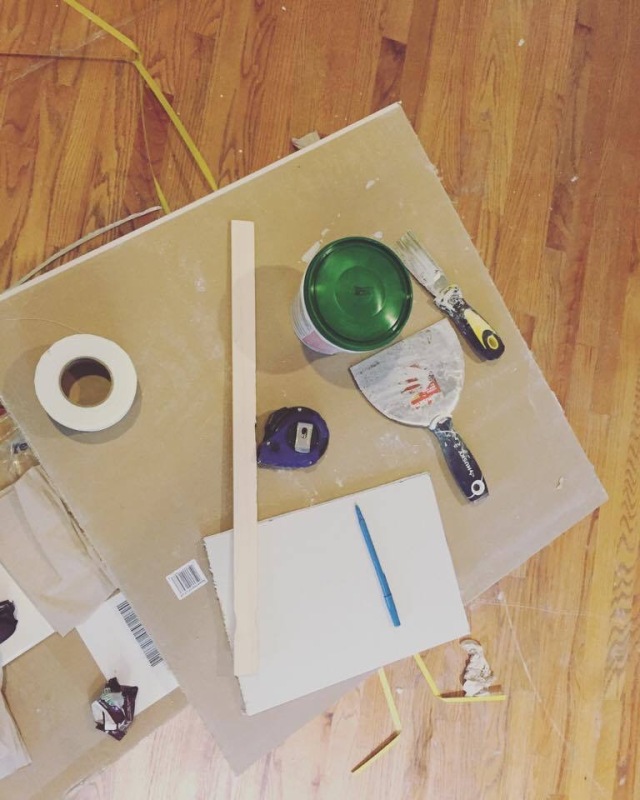 The best news: my dad took pity on us and agreed to help us cut out the too-far-gone sections of sheetrock and replace them. Here’s an overly simplified account of what went down:

Step One: use a drywall saw to remove the damaged section.

Step Two: Cut your new sheetrock to fill the void, then attach it to the studs.

Step Four: mud over the mesh. 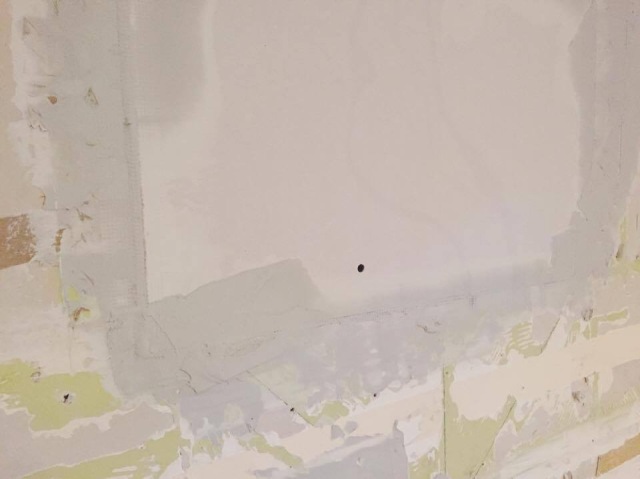 Voila! Still ugly, but structurally sound and ready for a new backsplash! 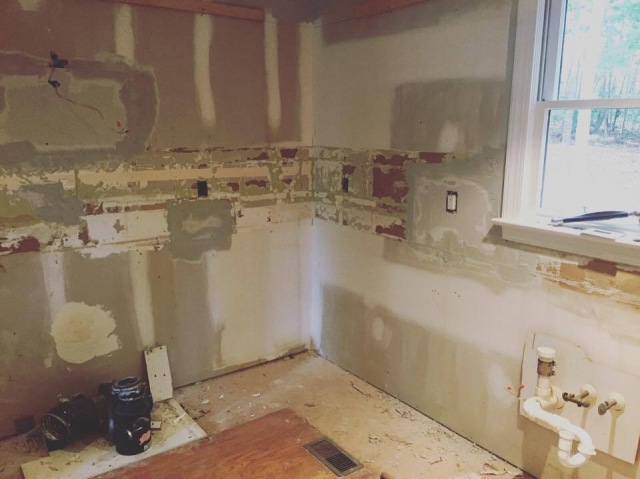 Just a couple of kids turning a house into a home, one Pinterest fail at a time.
View all posts by Accidental Suburbanites →
This entry was posted in Home Improvement, Kitchen. Bookmark the permalink.