Hiding the Wires Behind a Wall Mounted TV & Soundbar

Posted on June 20, 2017 by Accidental Suburbanites

How we did it, why is sucked, and what we plan on doing differently next time…

Before R and I began our home improvement journey (yes, I agree, I’m getting waaayyy too comfortable referring to it as a “journey”), I had little to no appreciation for the term “irreconcilable differences.” Our list of incompatibilities was limited to the fact that R is allergic to tomatoes and I love heavy metal music, and (with the exception of pizza nights and soundtracks for road trips) those differences are pretty reconcilable.

Then the house work began.

And then R inexplicably sledge-hammered down a pocket-door in one of our spare bathrooms. And then I unforgivably used a satin-finish paint to cut around the floor and ceiling trim on a flat-finish painted wall. And then a pair of giant faux-wood speakers from the 1980s mysteriously appeared in our family room. And then R decided it’d be a perfectly good idea to turn off the power and wire a dimmer switch in our kitchen after sun-down. And then I decided to plant ivy in an underground wasp nest. And then our dishwasher stopped draining…

We put that theory to the test when we decided to wall mount the TV and soundbar in our family room and run the cables through the wall.

Step One: Plan the Set Up

There are two major considerations to keep in mind when plotting your TV wiring project.

The first is keeping your power cord to code. You can’t just cut a couple of holes in your drywall, feed your TV’s power cord through, and call it a day. Electrical Code stipulates what you can and cannot run through your wall, and that’s where these wiring kits come in. These kits basically function like a very elaborate extension chord, connecting externally (via plug) to your existing power supply and running that juice up through the wall (via code-compliant Romex) to an “outlet” that hides behind your TV.

The second thing to consider is what you’re powering. Since we wanted to install a TV and soundbar, we needed two sockets behind our TV. If you’re just installing a TV, or if you’re cool with a ground-dwelling sound system, you can probably get away with a single gang set-up.

For our rig, we chose this In-wall TV Wire Kit with Duplex Receptacle.

First we approximated where we wanted our TV to go, then we used an electronic stud finder to locate two studs that we could anchor our TV mounting bracket to. We then marked reference points on our wall to help us position our fake power outlet between the studs we’d be using, taking care to ensure that it would be completely hidden from view behind our TV.

We traced the provided template (slash instruction sheet), then got to cutting with our gnarly looking drywall jab saw.

(Note: unless your name is Arthur and you’re trying to liberate a really cool sword that is stuck in a stone… this is not an appropriate way to hold a cutting implement.)

R and I both agreed that we really excelled at this step, thanks to our vast experience playing the Crazy Cutter mini game on Mario Party.

Next we made our second hole next to the existing power outlet.

There was no template provided; rather, the directions indicated that we should use the mud ring as a guide for our cut (the mud ring is basically a plastic mounting bracket that you will eventually anchor the rest of your receptacle to).

This is where things started to get a little bit fucked up. The picture instructions clearly indicate that you’re supposed to trace along the outside of the mud ring to create the template for your cuts. We did just that, and (of course) our hole ended up being the exact same size as the mud ring (which meant it was next to impossible to securely fashion this thing in the wall).

Word of advice: if you’re trying this at home, trace along the inside of the mud ring instead. Doing so will ensure a snug, wiggle-free fit (and circumvent aforementioned irreconcilable differences). 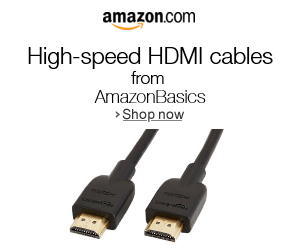 This is the easy (fun?) part: feed the wire through your top hole…

…retrieve it through the bottom hole…

…then secure the fake outlet receptacle with the provided screws.

“Whales teeth,” of course, here meaning the weird bristle section of the receptacle. Tip: If you struggle with feeding the wires through, this thing is quite helpful!

(Of course that was another lesson learned the hard way, when R decided to use a different soundbar after we had installed the lower receptacle. Strike two.)

Because the hole we cut was too large, we had to patch the drywall in order to get the mud ring securely positioned.

This was a real low point for us, so there are no photos of the process. (If there were pictures, they would depict the two of us staring at the wall coldly while eating hot dogs in silence).

We used this wall mount bracket for our curved TV and it went up like a dream. We had already marked our studs, so we just made a couple of holes then secured the bracket using the provided lag bolts with a socket wrench.

Super easy to figure out, great instructions, and it even came with a spirit level attachment that clipped on the frame to keep it level during installation.

Step Seven: Mount TV on the Wall, Marvel at Results of Ingenuity & Perseverance

Attach the brackets to the back of the TV, then prepare to mount it on the wall.

This is a two person job. Take turns supporting the TV and connecting any wires / power cords to the back of the TV before lining it up with your wall mount and attaching the brackets.

Once the TV is in place, take a step to admire your work, pay respects to your partner in crime, and exchange a few tender words of mutual admiration and love.

We own two almost identical Samsung soundbars. Both came with wall mounting kits, but unfortunately we lost the kit that corresponded to the soundbar we wanted to use for this set up. Luckily we were able to improvise and, with a few slight adjustments, use the kit that came with the other soundbar:

Yep, that happened. Since these brackets had to be centered with the TV and spaced a set distance apart, we ended up missing the studs and using drywall anchors instead. (Not a big deal, since the soundbar weighs about as much as a bag of shredded cheddar cheese).

However unorthodox our methods were, we pulled it off:

And our set up was complete!

Just a couple of kids turning a house into a home, one Pinterest fail at a time.
View all posts by Accidental Suburbanites →
This entry was posted in Before & After. Bookmark the permalink.