Adding Floating Shelves by the Fireplace

Posted on July 4, 2017 by Accidental Suburbanites

We loved the look of built-in shelves, but we knew they weren’t an option in our living room. Instead, we took a DIY approach with floating shelves on either side of our fireplace.

When we found our home on Zillow last summer, I was immediately awe-struck. Not because the house was well-decorated or beautifully staged (in fact, it was neither)… no, I was awe-struck because this vacant house was absolutely overflowing with untapped potential.

Underneath the orange ginger salad dressing hardwood floors… behind the dark red brick fireplace and butter garlic mashed potato colored walls… beyond the mismatched mirrored brass door knobs and God-awful kitchen… I knew our house had good bones. The kind of bones you can’t fake with a coat of paint or strategically positioned sectional.

And so, before we had even made an offer, I began scheming of ways that we could turn this funky beige house into our sorta modern, sorta country, French farmhouse meets sleek Scandinavian (*cough* Ikea) black white and grey dream home. I made an entire look book (yes, really) plotting improvements for each room of the house.

Here is what I envisioned for our living room:

Besides incorporating a few of R’s modern touches (like recessed lights and a wall-mounted TV), our living room hasn’t really strayed from the initial concept we envisioned. Everything from the grey sectional to the white brick fireplace fell right into place. What was missing? The floating shelves on either side of our fireplace.

I already had experience working with floating shelves: a few months ago I installed a couple in our kitchen over the bar area. For that project, we used a pair of 42″ white floating shelves by Home Decorators Collection.

We were happy with how the shelves looked in our kitchen, so we decided to maintain consistency and use the same shelves in our living room (this time, we went with a 36″ shelf to better suit the space between the mantle and corner).

This is the shelf we used. Though we’ve been very happy with these shelves (so happy we used them again!), I do want to make a slight disclaimer: when you install these, you basically secure your hollow shelf to a narrow wooden cleat that is anchored to your wall. Since we’re not putting a tremendous amount of weight on our shelves, that’s mostly fine… BUT if you plan on loading these suckers up with a ton of books or heavy decor items, you might want to consider options with a more heavy-duty construction.

This shelf is identical to the one we used, but its back plate has a pipe bracket design that offers a bit more reinforcement and security. Depending on your aesthetic inclinations, you might also consider this shelf (available in a variety of finishes) or even something a little more modern.

So now that we’ve got our shelves ready, it’s time to hit ‘play’ on whatever’s waiting in your Netflix queue (for this project, I tuned into the Amanda Knox documentary…) and get started! 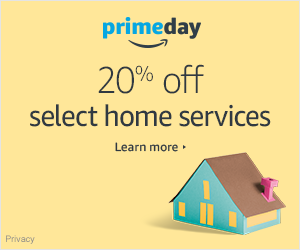 Step One: Mark it Up!

We decided to install a total of six shelves, three on either side of the fireplace. I was pleased to discover that the shelves came with a paper guide for plotting placement and marking drill locations (when I was installing these shelves in my kitchen, I didn’t get a guide!)

The paper guide corresponds to the pre-drilled screw holes in the wooden cleat. Same as last time, the shelf is wider than the cleat it attaches to… which means that your cleat doesn’t need to be perfectly centered on the wall (you’ll worry about centering later, when you’re attaching the hollow shelf onto the cleat).

This is great, because it means you can line your cleat up with your studs without worrying about being off-center. Since I wasn’t drilling through tile this time, I made a better effort to locate and utilize studs. Luck was on my side, and my electronic stud finder located one that ran dead-center down the wall.

Keeping my stud locations in mind, I used my spirit level, tape measure, and a fuckton of tape to get everything lined up. Measuring is always my least favorite step, and this time around it was even more challenging because I wanted to make sure the shelves were perfectly level with each other on either side of the mantle.

(This took longer than I’d like to admit, but suffice it to say that by the time everything was perfectly lined up, I had moved on to the next documentary on my watch list…)

Once I had marked, measured, and re-measured everything… it was time to make some holes in the wall. The cleats come with several pre-drilled holes. You can use them all if you’re so inclined, but I opted to use three: the center hole (which lined up with my stud), and the furthest holes on either end of the cleat. Since those end holes didn’t line up with studs, I used wall anchors to reinforce the screws…

Once the plastic anchors were in, I positioned the wooden cleat based on the reference marks I had made, then screwed her in. I started with the center hole directly over the stud and used the wood screw that comes included with the shelf kit to attach the cleat. Then I moved on, screwing into my two anchors.

After screwing in the cleat, I double-checked to make sure I was still level. Good news: I was.

I repeated this process with the rest of my cleats, attaching all six to the wall (and double checking my alignment and measurements each time).

Once I had climbed out of the dark abyss of Googling Japanese stuff, it was time to affix the shelves onto the cleats!

Step Three: Affix the Shelves onto the Cleats!

This step was pretty straightforward: the hollow shelves slide onto the cleat, and then you screw through the shelf top to affix them to the cleat. Since the shelves are wider than the cleat, there’s also a high degree of precision here. While the cleats won’t necessarily be centered on the wall, the shelf must be.

I used my spirit level to double check my alignment, then screwed the shelves into the cleats using the pre-made holes on the shelf tops.

At this point the shelves were up but barren, so R and I made an emergency run to Hobby Lobby and Ikea on a quest for shelf filler.

We’re still toying around with art and decor options (I have a tendency to move things around every time I’m in the room…) , but I’d say we’re off to a good start.

Just a couple of kids turning a house into a home, one Pinterest fail at a time.
View all posts by Accidental Suburbanites →
This entry was posted in Decor DIY, Library, Living Room. Bookmark the permalink.

1 Response to Adding Floating Shelves by the Fireplace